Higher wages in Dublin and the Possibility of Brexit are persuading skilled construction workers to relocate from the North to the Republic, creating fresh labour shortages for North’s construction sector, a new industry report shows.

Strong demand and increasing wages for construction industry professionals in the Republic are making it difficult for Northern Ireland firms to compete, a new trade survey by the North’s Construction Employers Federation (CEF) has found. .

The CEF survey shows Northern construction workers can also take home bigger weekly wages in England and Scotland. Construction firms are found to have been mainly stagnant over the last year, with expectations for the future flat at best, and pessimistic at worst. Chief among the frustrations voiced by Northern construction firms is the lack of a functioning Northern Ireland Executive which could make decisions on capital projects worth millions of pounds. 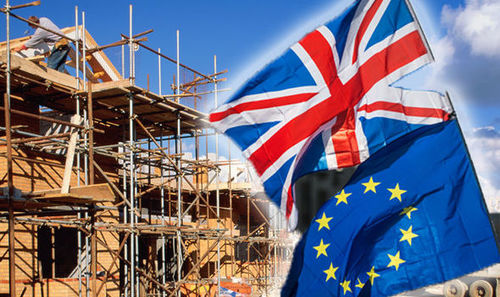 Mr Armstrong said: “With only 59 schemes in procurement at the mid-point in the financial year, there is a crisis point coming within the industry. When we also consider that the public sector capital budget is at its highest point since 2007 and several high-profile Executive flagship schemes are not running to their initial financial plan, there should be an abundance of opportunities for contractors to tender for public works.

“This is far from the reality however and when added to the uncertainties of Brexit and rising costs across the board, many of the companies we surveyed now have legitimate concerns as to their forward work pipeline.”

He said latest research conducted by the CEF shows there has been an increase over the last six months in the number of Northern Ireland construction firms doing business in the South.

“This highlights the need for clarity around the legal status of the Border,” Mr Armstrong added.

Parts of this article was first seen on: https://www.irishtimes.com/business/economy/higher-dublin-wages-luring-northern-construction-workers-1.3658870