Recent retirees and women are being targeted for heavy plant machinery construction jobs as the building boom continues unabated.Industry experts say there is a crisis in recruitment for machine operators, with an estimated 1,500 vacancies in the sector.

Brian Coogan, of the Construction and Quarry Machinery Show (CQMS), says technology has developed, so muscle is not necessary.

“One manager rang me in sheer desperation that he can’t get anyone to fill a particular role. With a salary of €50,000-plus he couldn’t understand it. I told him to start thinking outside the box, stop looking at young, male candidates as his only option, to start looking at recruiting female and older candidates,” he says.

“The job is not defined by whether the candidate is male/female, old/young.

“I know of a windfarm in Kerry, where they employed a man aged 71 on a 21-tonne digger. Another man in a quarry in Wicklow is in his 80s, driving a machine.” 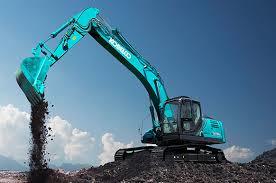 Brian Coogan says more Irish firms are looking to the example set by the likes of Western Australia and filling traditionally ‘male roles’ with female candidates.

“In Western Australia, they couldn’t get enough people to work in the mines, where there was great money – up to AUS$2,000 a week. They found that the female employees took better care of the equipment, were much more responsible,” he explains.